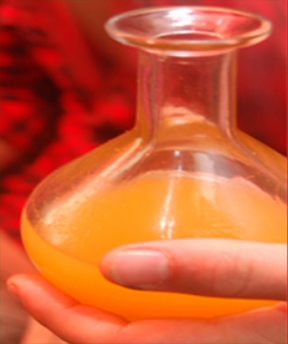 Ã¢â‚¬Å“Strange, is it not? That of the myriads before us who passed through the doors of darkness, not one returns to tell us of the road which to discover we must travel too,Ã¢â‚¬Â says the quote plastered on the wall of the famous Omar Khayyam Restaurant, so named after the great Persian poet.

One who discovers the road to Piazza will know this renowned establishment. Pictures of the poet dominate the furnishings, and it is hard to miss the examples of his work written in bold letters all over the walls.

The restaurant is a second home for those who adore it, and the aroma of cigarettes, coffee, food and increasingly tej hangs in the air. Apart from the garden and stone seating, customers are attracted by the writing that reads as Ã¢â‚¬Å“Nitsuh yemar tej aleÃ¢â‚¬Â (there is pure honey wine).

Tej is becoming popular again, from the dedicated bars in obscure Addis neighborhoods to the different bazaars that appear every holiday.

Ethiopians who see wealth in relation to the amount of meat they consume proudly boast that they only drink tej Ã¢â‚¬â€œ and not water. Tej is now synonymous with many different occasions, with new tej bets appearing all over the place and traditional restaurants struggling to satisfy the demand from tourists. Those not familiar with it can be deceived by the sweetness, only realizing the alcohol content when attempts are made to walk.

Like with many products, the taste and price of tej varies depending on the location. Those who know good tej complain that modern versions are made not solely by using honey, but sugar, araki (an Ethiopian liquor) and in extreme cases even cement is added.

Shitaye Melaku, the manager of Omar Khayyam, says tej was added to the menu along with traditional Ethiopian food after many years of serving Iranian specialties. They have a chain restaurant, Migib Adarash, and noticing the increased demand for tej they too began serving it. Ã‚Â Read complete story in The Reporter