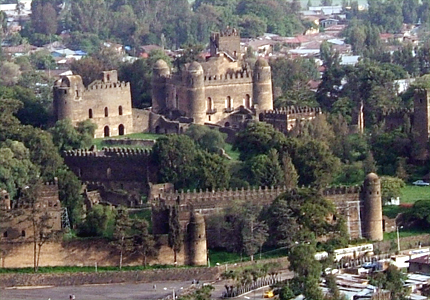 Addis Ababa, 11 January 2014 (WIC)– The Ministry of Culture and Tourism said the historic city of Gondar will host the 4th National Culture WeekÃ‚Â National CJanuary 14-17, 2014, according to the Ethiopian Herald.

State Minister Mulugeta Seid told journalists Thursday that since Gondar is the centre of tourist attraction, a number of tourists are expected to attend the festival.

At the event, different craftsmen and artisans from the four corners of the country will exhibit their products. Cultural shows of the various nation, nationalities and peoples of Ethiopia would also be presented at the event.

Ã¢â‚¬Å“Besides its several tourist attraction sites, Gondar is a venue for cerebrating Ethiopian Epiphany colourfully. Thus, the festival will add extra satisfaction for tourists,Ã¢â‚¬Â he said.

Ã¢â‚¬Å“Our cultural values are the core of our unity and development. Everyone has the responsibility to protect and preserve these cultural values.Ã¢â‚¬Â

According to him, based experiences drawn from festivals held in Bishoftu, Shashemene and Hawassa, the forthcoming event would be colourful and more captivating celebrated with the theme: Ã¢â‚¬Å“Our cultural values, our identity for cultural development.Ã¢â‚¬Â
Ethiopian National Cultural Centre Director Dr. Elfenesh Hailu also said, the festival would be a forum to share experience and create market linkage among craftsmen.

The modern city of Gondar is popular as a tourist destination for its many picturesque ruins in the Royal Enclosure, from which the Emperors once reigned. The most famous buildings in the city lie in the Royal Enclosure, which include Fasiledes Castle, Iyasu’s Palace, Dawit’s Hall, a banqueting hall, stables, Mentewab’s Castle, a chancellery, library and three churches.

Near the city lie Fasiledes’ Bath, home to an annual ceremony where it is blessed and then opened for bathing; the Qusquam complex, built by Empress Mentewab; the eighteenth century Ras Mikael Sehul’s Palace and the Debre Berhan Selassie Church.

Downtown Gondar shows the influence of the Italian occupation of the late 1930s. The main piazza features shops, a cinema, and other public buildings in a simplified Italian modern style still distinctively of the period despite later changes and, frequently, neglect. Villas and flats in the nearby quarter that once housed occupation officials and colonists are also of interest.