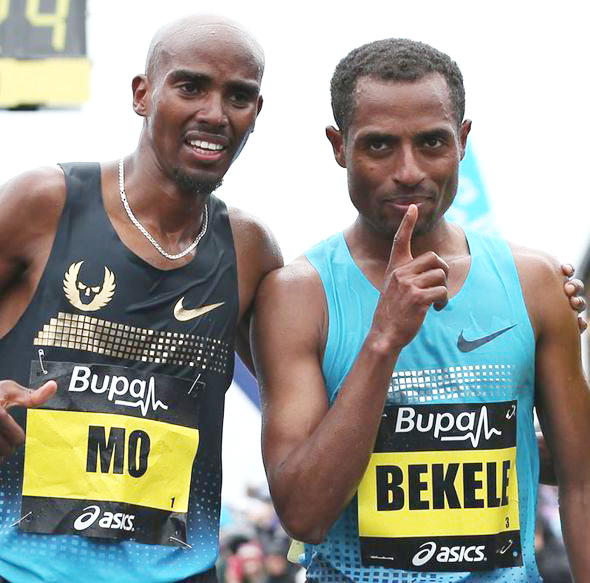 Bekele’s participation in the Paris Marathon on April 6 follows his first half marathon at the Great North Run in Britain in September, which he won by a second ahead of Britain’s Farah, the Olympic champion in the 5,000 and 10,000 meters.

Farah is due to debut in the distance a week later at the London Marathon on April 13.

The 31-year-old Bekele won gold in the 5,000 and 10,000 at the 2008 Beijing Olympics and the world championships in Berlin the following year. The 30-year-old Farah matched that feat by claiming the long-distance double at the 2012 London Games and at last year’s worlds in Moscow.

Bekele is still the world record-holder in both the 5,000 and 10,000 but has struggled with injuries over the past few years and hasn’t won a major title since the Berlin worlds in 2009.

He finished fourth and some way behind Farah in the 10,000 final at the London Olympics.