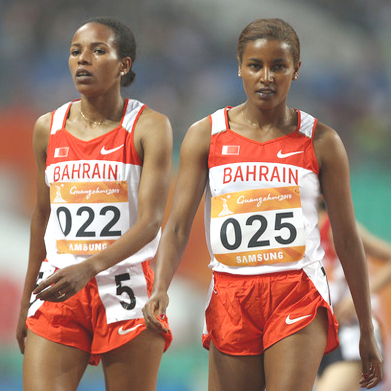 Ethiopian-born athletes filled the first three places in the women’s event at the Antrim International Cross Country event as Ireland’s Fionnuala Britton had to settle for fourth place.

Mimi Belete, who runs for Bahrain, was a second ahead of Maryam Jamal who also represents the Middle Eastern country.

Belete’s sister Almensh, who represents Belgium, took third place as she came in one second ahead of Britton.

Kenyan Korir, who became the youngster winner of the World title when he took victory in Poland last MarchÃ‚Â aged just 19, finished two seconds ahead of last year’s Greenmount winner Thomas Ayeko of Uganda with another Kenyan Emmanuel Bett a further second back in third.

Korir took victory in 28 minutes and 40 seconds as the leading trio broke clear of the pack before halfway.

Winner Belete crossed the line in 18 minutes and seven seconds – one second ahead of Jamal – with her third-place sister 14 seconds off the pace and Britton a further second back.

Winner Belete, 25, moved to Belgium with her sister Almensh as a political refuge before opting to transfer allegiance to Bahrain in 2009.