PORTLAND, Ore.Ã‚Â (December 12, 2013) Ã¢â‚¬â€œ Major League Soccer today announced that FC Bayern Munich, the reigning champions of Europe and the German Bundesliga, will face the MLS All-Stars in the 2014 AT&T MLS All-Star Game. The annual match will be played August 6, 2014 (6:30 p.m. PT) at JELD-WEN Field, the home of the Portland Timbers.Ã‚Â  The game will be televised live on ESPN2, UniMÃƒÂ¡s and Univision Deportes Network (UDN) in the United States, TSN and RDS in Canada, and in more than 130 countries worldwide. FC Bayern will act as Bundesliga ambassadors for theÃ‚Â Deutsche FuÃƒÅ¸ball-Liga GmbH, who have been fully supportive of the trip. 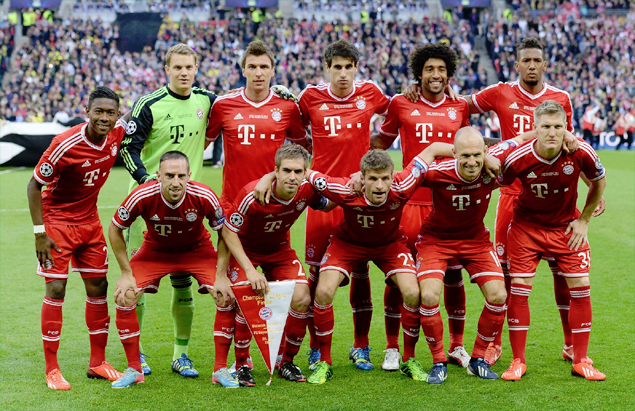 Ã¢â‚¬Å“The AT&T MLS All-Star Game is one of the premier soccer events on the North American sports calendar,Ã¢â‚¬Â said MLS Commissioner Don Garber. Ã‚Â Ã¢â‚¬Å“We are pleased that Bayern Munich, one of the most prominent and successful clubs in the world, will be part of our All-Star celebration.Ã‚Â  This will be the first MLS special event in Portland since the Timbers joined the League in 2011.Ã‚Â  One of the great stories in Major League Soccer over the last number of years has been the enormous fan passion, civic support and stadium atmosphere in Portland.Ã‚Â  We look forward to showcasing this phenomenon to the rest of the world.Ã¢â‚¬Â

Ã¢â‚¬Å“The MLS All-Star Game is an important step for us concerning our international strategy. We see the United States as a very important market, and we want to familiarize our existing fans and followers as well as soccer fans in general with our brand, team and philosophy,Ã¢â‚¬Â said JÃƒÂ¶erg Wacker, FC Bayern Munich board member who oversees the internationalization strategy for the club.

Ã¢â‚¬Å“ItÃ¢â‚¬â„¢s an honor for us to be the first German club to play the MLS All-Star Game. MLS is experiencing great development and we are very much looking forward to compete against the best players of MLS,Ã¢â‚¬Â said Pep Guardiola, FC Bayern Munich head coach.

Bayern captured the 2013 UEFA Champions League title by emphatically taking down the pre-tournament favorites FC Barcelona 7-0 on aggregate in the semifinals, before winning the final 2-1 over Borussia Dortmund. It was the fifth European title for Bayern, but their first in 12 years. The Champions League title was one of three trophies secured during the 2012-13 campaign, as Bayern also added their 23rdÃ‚Â Bundesliga title and the German Cup.Ã‚Â  In late August, FC Bayern Munich defeated Europa League Champion Chelsea FC in penalty kicks to win the 2013 UEFA Super CupÃ¢â‚¬â€œ its fifth official title this year.Ã‚Â  Bayern could add another title later this month, as the club begins play at the FIFA Club World Cup in Morocco on December 17.

Founded in 1900, Bayern boasts a lineup of international superstars, such as Franck Ribery (France), Arjen Robben (Holland),Ã‚Â Mario MandÃ…Â¾ukiÃ„â€¡Ã‚Â (Croatia) and Javi Martinez (Spain), together with German national team stalwarts, such as Philipp Lahm, Bastian Schweinsteiger,Ã‚Â Manuel Neuer, Toni Kroos,Ã‚Â Mario GÃƒÂ¶tzeÃ‚Â andÃ‚Â Thomas MÃƒÂ¼ller. They are coached by former FC Barcelona manager Pep Guardiola, who took charge of the club at the start of the 2013-2014 season. Bayern have continued their winning ways under Guardiola this season, as the club is currently unbeaten in the Bundesliga and in first place with 41 points.

The AT&T MLS All-Star Game is part of Bayern MunichÃ¢â‚¬â„¢s 2014 North American tour. The remaining details of the tour will be announced at a later date.

Ã¢â‚¬Å“AT&T is proud to help bring some of the best soccer players in the world to Portland for this rare matchup,Ã¢â‚¬Â said George Granger, president of AT&T Oregon.Ã‚Â Ã¢â‚¬Å“WeÃ¢â‚¬â„¢ve got some great things in the works for fans, including onsite festivities and exclusive mobile content.Ã¢â‚¬Â

Ã¢â‚¬Å“We are very pleased to welcome Bayern Munich Ã¢â‚¬â€œ easily the biggest club to play in Portland,Ã¢â‚¬Â said Merritt Paulson, owner and president of the Timbers. Ã¢â‚¬Å“The inclusion of Bayern Munich to the 2014 AT&T All-Star Game complements an already historic, world-class event for the city of Portland and Major League Soccer.Ã¢â‚¬Â

About FC Bayern Munich
FC Bayern MÃƒÂ¼nchen was founded by eleven football players in 1900. In the meantime the professional football team has become the most successful outfit in German football history, having won a record number of 23national championshipsÃ‚Â and 16Ã‚Â national cups. With its five European Cup titles FC Bayern MÃƒÂ¼nchen is one of the big players in European Football. In the 2012/13 season FC Bayern Munich became the first German team in football history to win the continental treble consisting of the Champions League, the German Bundesliga and the German domestic cup. With 223,985 members (November 2013) Bayern is the second-biggest sports club in the world in terms of membership numbers, only just short of Portuguese clubÃ‚Â Benfica. Since the beginning of the 2005Ã¢â‚¬â€œ2006 season FC Bayern MÃƒÂ¼nchen plays its home games in the Allianz Arena. The team colors are red and white.