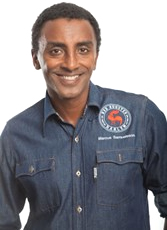 Bullseye Event Group has announced that Vy HigginsenÃ¢â‚¬â„¢s Harlem Gospel for Teens Choir will provide entertainment and celebrity chef Marcus Samuelsson will cater the event for the Super Bowl Players Ultimate Tailgate, on February 2nd, 2014 from 11:00 am- 4:00 pm at Gotham Hall in New York.

The Harlem Gospel for Teens choir will perform for the lighting of the Rockefeller Christmas tree, to be aired on NBC on December 4th. They will perform alongside Mariah Carey and Ariana Grande. Recent performances include with MADONNA on NBC’s “Hope For Haiti” telethon, with DIONNE WARWICK, CISSY HOUSTON, CHAKA KHAN and VALERIE SIMPSON.

The Harlem Gospel for Teens choir has sang for the likes of Jennifer Hudson, Angela Bassett, Russell Simmons, Forrest Whitaker, Antonio Banderas & Melanie Griffith, Sting and have been seen on CBS television on 60 Minutes.

Kyle Kinnett A Bullseye Event Group spokesperson said, Ã¢â‚¬Å“We are thrilled to have the Harlem Gospel for teens choir as a part of our Super Bowl Players Ultimate Tailgate. Most of these children will never have the chance to experience a Super Bowl and this is our little way of exposing them to the Super Bowl experience. I am sure our clients will be as blown away by them as I personally was.Ã¢â‚¬Â

The Super Bowl Players Ultimate Tailgate Party will not only showcase fabulous entertainment, but it will play host to some of the finest food in New York City! Super Bowl Players Ultimate Tailgate Chef will Marcus Samuelsson whom recently released his New York Times Bestseller and James Beard wining memoir Yes, Chef in 2012 to rave reviews. He has been featured on a number of television shows including Late Night with Jimmy Fallon, the Martha Stewart Show, Today Show, Regis and Kelly and Charlie Rose. He was the winner on BravoÃ¢â‚¬â„¢s Top Chef Masters Season Two and serves as a recurring judge for Chopped, one of Food NetworkÃ¢â‚¬â„¢s highest rated series with a following of over 20 million viewers a month. Marcus was also named the winner of the second season of Chopped All-Stars. Marcus has also been honored as a guest chef at the White House under the Obama Administration.

The Super Bowl Players Ultimate Tailgate Party will also include:

DonÃ¢â‚¬â„¢t miss out on this chance of a lifetime to attend this party AND Super Bowl XLVIII! Visit the Bullseye Event Group website for more information on ourÃ‚Â discount Super Bowl ticket packages.