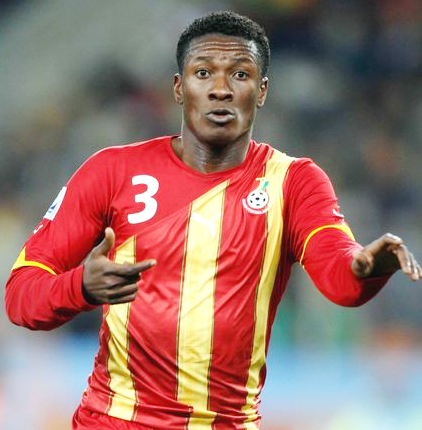 Gyan, who led the national team to the 2010 World Cup Competition in South Africa, was given the honour for his contribution to the promotion of the country’s national heritage, image and talent abroad.

A citation following the award said his leadership role in the team had seen it going places while ensuring that the football credentials of the country was showcased in the international arena.

His brother, Baffuor Gyan, received the award on behalf of the striker, who was influential in Ghana’s recent qualification to the 2014 World Cup in Brazil.

The Labadi Beach Hotel was also adjudged the five-star hotel of the year, which was the biggest award of the night.

Other winners comprise Africa Origin and Support Tourism for Distinctive contribution to the promotion, Telephonika Ghana Limited for Facilitation of tourism through telecommunication products, and Google Ghana for Tourism oriented media online.

Also, honorary awards were given to deserving institutions and individuals for their contribution to the promotion and development of the tourism industry.