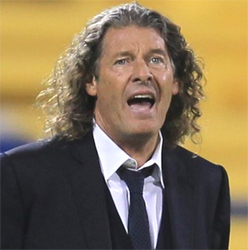 Metsu had told French sports newspaper L’Equipe in July that he had been diagnosed with terminal cancer.

“It’s a great loss for Senegal. Bruno Metsu not only marked Senegalese football but the entire history of Senegal,” Senghor said.

Metsu took charge of Senegal in 2000 and two years later he helped the country cause a sensation at the World Cup in South Korea and Japan when they beat reigning champions France in the opening match.

He steered them to the last eight where they lost 1-0 to Turkey.

Only months before that, Metsu had guided Senegal to their only appearance in the final of the Africa Cup of Nations where they were beaten on penalties by Cameroon.