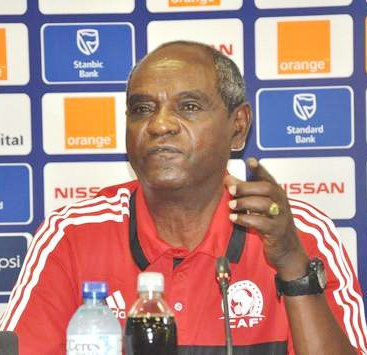 Ethiopia’s national team coach Sewnet Bishaw has hinted at quitting after the CHAN to be hosted by South Africa in 2014.

Bishaw said that he was tired after been incharge for over two years with all pressures that go with the game adding that he hopes to finally retire and spend time with his family.

“I think i should quit after the Chan or if we qualify for the World Cup as I feel really tired. Working for two years straight as coach is not an easy task considering this is the toughest job for anyone. For example, I have been with the team from September and have not even seen my family in that duration and I am feeling drained.Ã¢â‚¬Â

“ItÃ¢â‚¬â„¢s been tough but I am happy with how well things have gone. If we qualify for the World Cup then I can wait but I think I will call it quits after the Chan in South Africa so that I can rest and focus on my life as I will have achieved more than I set up for myself and the team,” Bishaw told supersport.com in Addis Ababa.

Bishaw is credited for helping Ethiopia qualify for the 2013 Afcon ,Chan 2014 and reaching the 2014 World cup playoffs.