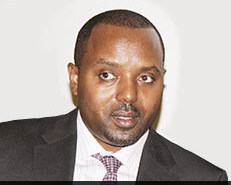 Addis Ababa, Ethiopia -Ã‚Â Oromia International Bank (OIB), one of the most recent yet popular private financial institutions, has become the first to implement interest-free banking [Islamic banking] in the country since the National Bank of Ethiopia (NBE) issued a directive to banks allowing them to provide the service using a separate window along with their other banking services in the country.

The financial sector in Ethiopia has been operating in the country for over a century but interest-free banking had never been practiced even though it is popular, not only in Islamic countries, but in many parts of the world.

On Thursday, September 16 2013, the regulatory body of financial institutions, NBE, issued the first and only license of its type to OIB for the launching of this unique service. Abi Sano, President of OIB, told Capital that when OIB was still under formation it lobbied future shareholders on the promise to introduce interest-free banking services, which had never been implemented in the country before, but when it commenced operations, it was unable to deliver on its promise because the NBE was in the process of working out the details of the directives that would enable financial institutions to apply the service. According to experts, the formation of Islamic banking under the bank is like forming a new bank, because the service provided is quite separate from the conventional banking system. Read more