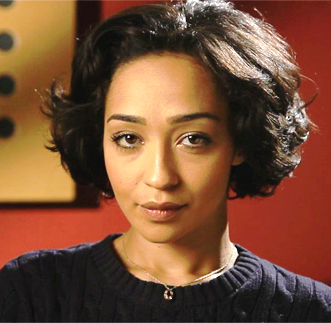 It looks like that hugeÃ‚Â S.H.I.E.L.D. planeÃ‚Â could be getting a bit more crowdedÃ¢â‚¬â€metaphorically, at least. In addition to the six principle cast members, “Marvel’s Agents of S.H.I.E.L.D.” is amassing a strong cast of supporting and recurring charactersÃ¢â‚¬â€a cast that now includes “World War Z” actress Ruth Negga.

Black FilmÃ‚Â has reported Negga has signed on for a recurring arc in Marvel Studio’s first foray into live-action television, although the details of her role remain a mystery. She joinsÃ‚Â Ian Hart,Ã‚Â Ron Glass, andÃ‚Â David ConradÃ‚Â as a member of the show’s expanded cast.

This comes as great news for fans desiring a bit more diversity in the Marvel Cinematic Universe. Negga’s an Ethiopian-born Irish actress with an impressive resume including starring alongside Samuel L. Jackson in 2012’s “The Samaritan” and portraying iconic Bond songstress Shirley Bassey in her TV biopic. Comic book fans might recognize Negga from her time on the British superhero comedy/drama “Misfits.” Read more