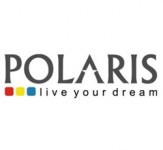 Though this has been delayed by two months because of the long process of deploying technical staff to analyse the old system by Polaris, once completed it will run parallel with the old Bank Master system for about two weeks.

The central bank wanted the upgrade because “the old system could not completely interface with the National Payment System (NPS) and had trouble in managing the currency reserves, government accounts and processing the new bank reporting system,” according to a report published in Birritu, its quarterly magazine, in January.

Polaris, locally represented by Ernst & Young, inked a deal in October 2012, beating Britain-based Mysis, the provider of the original solution, and Swiss Company Temenos, which dominates the local market, in a tender floated in December 2011.

The new solution, called Intellect, will assist in areas like managing the country’s foreign currency and gold reserves, payments and settlements of government accounts and issuing money, in addition to interfacing with the NPS.

The NBE began using CORE banking many years before the country’s commercial banks it supervises.

Most of these banks only started installing the solution after the NBE required them to interface their operations with the NPS.

However, the NBE system was outdated and could no longer handle its operational activities, according to Gizaw Tulu, chief officer at its Information Technology (IT) Directorate and project manager of the changeover process.

“The old system could not completely interface with the NPS,” Gizaw told IANS. “It also had trouble managing the currency reserves and accounts.”

Polaris was founded in 1993 and is headquartered in Chennai. It partners with nine of the 10 top global banks and seven of the 10 global insurance companies, according to its website, and got the better marks for both technical and financial evaluations.