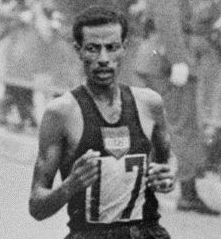 Tokyo will be the host city of the 2020 Olympic Games, beating Madrid and Istanbul for the nomination after voting at the 125th International Olympic Committee Session in Buenos Aires on Saturday (7).

The Japanese capital won a majority of second-round votes from International Olympic Committee (IOC) members to beat Istanbul after Madrid had earlier been eliminated in a first round of voting.

It will be the second time that Tokyo will stage the Olympic Games after being the first Asian city to stage the event in 1964.

The Games were considered an immense success and, from an athletics perspective, they were memorable for victories by the likes of US sprinter Bob Hayes in the 100m, New ZealandÃ¢â‚¬â„¢s Peter Snell with an 800m-1500m double, EthiopiaÃ¢â‚¬â„¢s Abebe Bikila in the Marathon, the third of four Discus wins by the incomparable Al Oerter, high jumpers Valery Brumel and Iolanda Balas, the USSRÃ¢â‚¬â„¢s Tamara Press taking the Shot and Discus and her sister Irina winning the Pentathlon.

In 1991, Tokyo staged the third IAAF World Championships and again, there was a remarkable festival of athletics in the Japanese capital.

A thrilling Long Jump contest, arguably the best ever, saw the USAÃ¢â‚¬â„¢s Mike Powell beat his compatriot and rival Carl Lewis by jumping a World record 8.95m, a distance which still stands today.

Other notable performances came from Greg Foster and Sergey Bubka, who won the 110m Hurdles and Pole Vault respectively at the World Championships for the third successive time, in both cases setting championship records.

Another seven championship records in individual events were set by names which need no introduction today, 22 years later, including Michael Johnson in the 200m, Noureddine Morceli in the 1500m and Tatyana Ledovskaya in the 400m Hurdles.

The IAAF expects that in seven yearsÃ¢â‚¬â„¢ time, Tokyo will once again make the sport proud, both on and off the track.