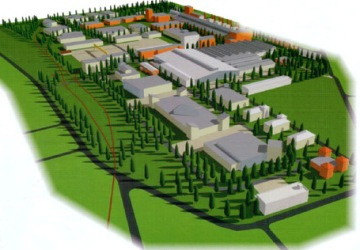 Turkey is preparing to create a Turkish industrial zone in Ethiopia’s capital, Addis Ababa, as part of its African policy which started in 2005 and has been showing marked development of its business assets.

Speaking at the opening of the African Strategies Sectoral Evaluation Meeting in Ankara on Monday, Turkish Foreign Minister Ahmet DavutoÃ„Å¸lu said that the Ethiopian prime minister had proposed the assignment of some land to establish a Turkish industrial zone in Addis Ababa, and that Turkey hopes to implement this plan.

Ã¢â‚¬Å“They [the Ethiopians] know that we don’t go to Ethiopia with a passing fancy and calculations of temporary profits. We also know that they don’t only offer a business opportunity but that they opened their hearts,Ã¢â‚¬Â DavutoÃ„Å¸lu said, stressing that between Turkey and Ethiopia there are not only economic relations but there are also thriving social relations as well.

Commenting on the new diplomatic steps, DavutoÃ„Å¸lu stated that Turkey has come a long way in the last ten years. DavutoÃ„Å¸lu explained that a Turkish firm invested $50 million in Ethiopia in 2005 while there are now 341 Turkish companies with a total investment of $3 billion in the country.

The Turkish foreign minister also mentioned the results of the Turkish government’s public diplomacy in Africa. Ã¢â‚¬Å“The amount of Turkish aid to the African continent, particularly to Somalia, has reached $750 million. If we hadn’t spent billions dollars of in public diplomacy and activity, we wouldn’t have the positive image and perception that we got from our humanitarian aid in Somalia,Ã¢â‚¬Â DavutoÃ„Å¸lu said, reiterating that Turkey is reaping the rewards of its humanitarian foreign policy.

Saying that Turkish companies can take advantage of numerous opportunities in fields such as construction and trade, the foreign minister also drew attention to important attempts in the business sector by the African Union, which ranks as one of the most active international organizations in the world.

In the African continent, there are 30 offices of the Turkish Cooperation and Development Agency (TÃ„Â°KA) and 25 trade offices of the Undersecretariat for Foreign Trade, aiming to strengthen economic and bilateral relations between the two countries. The number of Turkish ambassadors in Africa has risen to 34 from 12 in 2005.

Turkey has a Free Trade Agreement (FTA) with four African countries, as well as agreements to prevent double taxation and support mutual investments, and Turkey has also established a business council with 17 African countries. Turkish Airlines (THY) has flights to 35 African destinations to improve links between Turkey and African countries as part of the African policy.