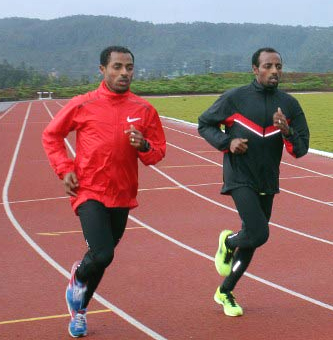 His muscular legs hit the ground in a quick rhythm. The only noise in the serene silence is his breath, piercing through the thin air 2,700 metres (9,000 feet) above sea level.

The world-record holder in 5,000 and 10,000 metres and triple Olympic champion, who has suffered from a calf injury for three years, is running at the centre he opened late last year to improve training conditions for Ethiopia’s renowned runners.

Now he is looking to attract foreign athletes too, transforming his camp in Sululta into what he hopes will be a world-class training centre.

“We are inviting athletes, we want to have other international athletes from all over the world, so we want to be part of training centres of the world, he told AFP, speaking after a training session on the track, 10 kilometres (six miles) from the capital.

He says the new training centre was initially set up because there were no adequate tracks in the country, but was now also welcoming professional distance runners eager to train in the ideal climate and altitude of the Ethiopian highlands.

Bekele is also hoping to attract running enthusiasts of all levels, finding a new way of marketing Ethiopia as a tourist destination and tapping into a growing market of hobby joggersthe world over who are eager to rub shoulders with east Africa’s elite.

The size of the potential market related to the current running boom is certainly huge, with major big city marathons like London, New York, Boston, Chicago, Berlin and Tokyo systematically selling out their tens of thousands of places within hours.

Keeping up with the Kenyans

It’s also a market that neighbouring Kenya, the other distance-running giant and Ethiopia’s arch rival, is already tapping into.

In the Kenyan Rift Valley town of Iten, elite runner Lornah Kiplagat has opened a High Altitude Training Centre, offering the austere eat-sleep-run regimen and a diet of thin air, endurance boosting hills and simple, unprocessed organic food to a growing number of elites and enthusiasts.

Bekele hopes Sululta will be the next Iten, and has already hosted several international track runners, including Algeria’s Taoufik Makhloufi, the 2012 Olympic 1500m champion, and Sudan’s Abubaker Kaki and Djibouti’s Ayanleh Souleiman both 800m specialists.

Bekele’s facility has one of only two world-class tracks in Ethiopia. The other, in the congested and dusty capital, was only recently refitted with a suitable track for long distance training.

Bekele had long complained the old track was too hard and likely worsened his stubborn calf injury, which has stilted his performance in recent years.

Bekele won gold in the 10,000 metres in Athens, and followed up with the 5,000m and 10,000m double in Beijing in 2008. But since then he has been beset by injury, finishing 4th in the London Olympics and missing out on the Moscow World Championships in August.

“Every time we go over that track, (we were) getting injury. It’s very strong, it;s not good for muscle, he said.

“It’s a big challenge for me” not only me, many athletes have injury over that track, the 31-year-old runner added.

Today, he is looking to regain his past fitness, training twice daily ahead of this month’s Great North Race, where he will face Gebreselassie and Britain’s Mo Farah. 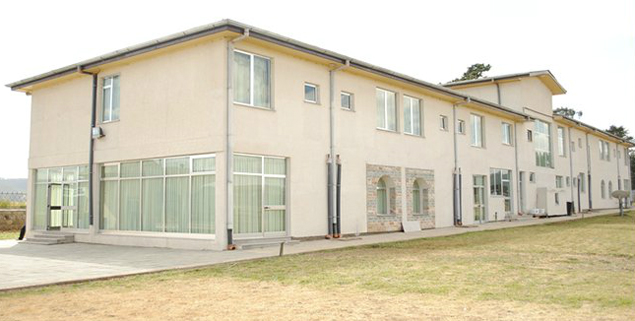 Training with a legend

The centre is part of Bekele’s steadily growing business empire. In addition to a cinema and real estate in central Ethiopia, his first hotel opened in August on one of Addis Ababa’s cramped thoroughfares.

Bekele said that in addition to boosting tourism he is keen to invest to spur industry and create jobs, leaving a lasting legacy once his legs can no longer perform on the track.

“If I get more money, if I have that money in my pocket, if I’m not spending to create jobs, if I am not sharing with other people, it’s no sense, he said.

It is the site of a new 100-room lodge, which will boast two swimming pools, a gym and basketball and tennis courts. He is also planning for a nine-hole golf course nearby.

Bekele said he wants to boost his business with these extra offers and hopes that, combined with the centre’s close proximity to Addis Ababa, its safe environment and clean air, Sululta will become a top international sports destination.

Plus, he jokes, his own experience comes with the centre a chance for aspiring runners to be trained by a living legend.