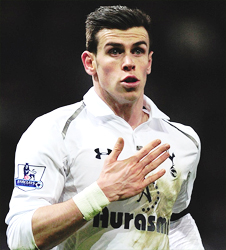 Real MadridÃ‚Â have made a world record bid of over Ã‚Â£85m toÃ‚Â TottenhamÃ‚Â for Gareth Bale, according to reports.

The bid has been on the table for over a week and Bale is aware of it and is becoming more frustrated with the situation.

The bid does not include any Real Madrid players moving to Spurs as part of a package.

Spurs chairman Daniel Levy is understood to be currently in Miami and his and the club’s stance – that the Wales international is not for sale – has not changed.

Bale has so far kept his feelings to himself, making no public declaration about what he wants to happen next.

Tottenham and Bale are back from the Asia Trophy and will resume training on Wednesday.