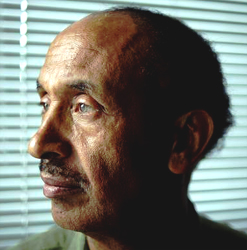 Denver, Colorado – Ethiopian suspected of atrocities in homeland will go to trial.

For nearly 10 years, Habteab Berhe Temanu surrounded himself with fellow Ethiopian immigrants in the Denver area, sharing meals, swapping jokes and immersing himself in the ways of the old country. It took another immigrant, Kiflu Ketema, just five words to expose the terrible truth that Temanu had been hiding in plain sight from his former countrymen.

“I think I know you,” Ketema told him in a chance encounter while smoking a cigarette outside an Ethiopian restaurant in Aurora.

Those who knew Temanu say he never spoke of the past. This week, it became clear why: He was living under an assumed name, with a buried past and secrets that could send him to the gallows in Ethiopia.

After 11 months of denials, Temanu finallyÃ‚Â admitted what a shocked Ketema had discovered. Temanu told a federal judge that he is Kefelegne Alemu Worku, a notorious guard accused of torturing and killing dozens of political prisoners during Ethiopia’s Red Terror in the 1970s.

Worku is now in federal custody in Denver, accused of falsifying immigration documents and using another man’s identification to gain citizenship in the United States. Read more: Denver Post