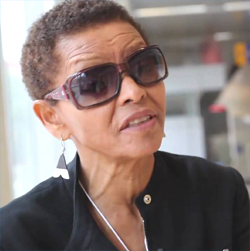 LONDON (Thomson Reuters Foundation) – When Bogaletch Gebre returned to Ethiopia after 15 years in the United States, her goal was to save just one girl from the horror of female genital mutilation Ã¢â‚¬â€œ a ritual that had killed her sister and nearly claimed her own life.

But the former scientist and marathon runner has since spearheaded a quiet revolution that has all but eradicated the ancient practice from her home region and saved tens of thousands of girls from potential injury or death.

FGM, which involves the partial or total removal of the external genitalia, is prevalent across Ethiopia where it is widely seen as a prerequisite for marriage.

In southern Ethiopia, where Gebre grew up, girls usually undergo FGM in their teens and the ritual is followed by an important celebration in which young men court the newly cut girls.

The local expression for FGM is revealing.

Ã¢â‚¬Å“It is called removing the dirt,Ã¢â‚¬Â said Gebre, who has just added another major award to her growing collection of honours for her work in human rights, development and environmentalism.

Ã¢â‚¬Å“It is supposed to keep the woman clean. But itÃ¢â‚¬â„¢s really about making a young woman docile and obedient and controlling her sexuality so that she will not seek anything outside marriage.Ã¢â‚¬Â read more