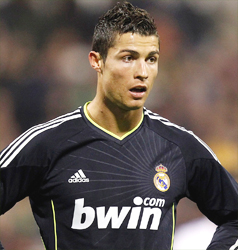 According to a report by Spanish newspaperÃ‚Â El PaisÃ‚Â on Wednesday,Ã‚Â Real MadridÃ‚Â superstar Cristiano Ronaldo will meet withÃ‚Â Manchester UnitedÃ‚Â officials over a possible summer transfer move back to Old Trafford, where he left in 2009 for the Spanish giants in a world record $123 million deal.

David Moyes is set to begin work asÃ‚Â Manchester UnitedÃ‚Â manager next week against the backdrop of further speculation about a return for former golden boy Cristiano Ronaldo.

And a report in Spanish paperÃ‚Â El PaisÃ‚Â Wednesday claimed a meeting would be taking place between United officials and Ronaldo “in the next few days” to see if there is any likelihood of a transfer being completed.

United have not commented on the report, although it is obvious a deal would be hugely complicated given apparent interest fromÃ‚Â Paris Saint-GermainÃ‚Â and supposed advice given to the former world player of the year to remain at Real Madrid for the final year of his contract.

New Madrid coach Carlo Ancelotti presumably would prefer to keep Ronaldo as he begins the task of shaping the club following Jose Mourinho‘s exit. However, Ancelotti is unlikely to have the final say if Ronaldo decides he wants to leave. Read more