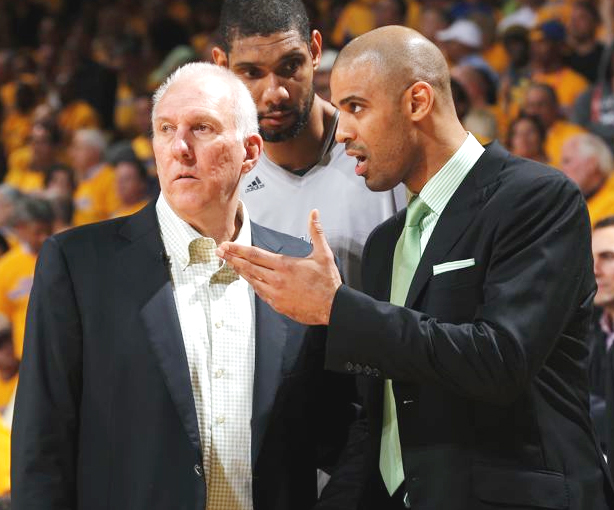 So, Gregg Popovich. How has Ime Udoka handled his assignments as a member of your San Antonio coaching staff?

“He sucks,” Popovich says with a chuckle, “and you can quote me.”

It’s a display of affection from a veteran, Hall of Fame-bound coach toward a first-year assistant coach for a Spurs team that begins quest for their fifth NBA championship since 1999 tonight against Miami.

It’s also a glimpse at the playful side of the man whom television viewers see mostly as a reluctant and somewhat grumpy interview subject during games.

” ‘Pop’ is actually hilarious,” Udoka says. “Having played for him, I knew that. Everybody sees him in the interviews and thinks he’s gruff or doesn’t have a personality. Behind closed doors, it’s totally different. He has a dry sense of humor. He’s very funny.”

Udoka slipped into an advantageous position when Popovich hired him as a member of his coaching staff last summer. Read more

Udoka is a Nigerian-American