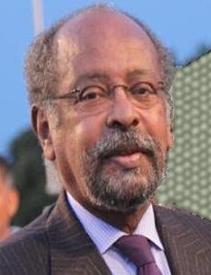 Ethiopian Sports Federation in North America (ESFNA) has named its 2013 winning trophies recognizing two Ethiopian legends.Ã‚Â  The 30thÃ‚Â anniversary ESFNA first division winners will receive the Fekrou KidaneÃ‚Â Trophy while the second division winners will receive the Tesfaye Lemma Trophy.Ã‚Â  In addition to the naming of the Division II trophy, ESFNA will dedicate the 2013 Ethiopian day celebration for the legendary artist, Ato Tesfaye Lemma, who passed away earlier this year, for his contribution to this annual tradition.

Fekrou Kidane (Ye Piassa Lidj), born in Addis Ababa in the 1930’s and the first Ethiopian sports journalist in the 1950’s for local newspapers and Voice of Ethiopia.Ã‚Â  He was the first to broadcast the first football match between Ethiopia and Sudan live from Addis Ababa stadium in 1957. Ã‚Â Ã‚Â Employed by the Ministry of Information, he was the first Secretary General of the Ethiopian Cycling Federation, Tennis Federation, National Olympic Committee, Shoa Football League and Public Relations Officer of the Ethiopian Football Federation. Ã‚Â Ã‚Â He is also the founder and the first president of the Ethiopian Sports Journalists Association in 1968. Ã‚Â Taking roles of expanding responsibility, Ato Fekrou was Secretary General of the African Sports Journalists Union (1970-1974), member of FIFA Press Committee, director of the executive officer of the president of The International Olympic Committee (IOC) and The Department of International Cooperation, correspondent for BBC, Voice of America, Voice of Germany, Radio France International, France Football Weekly, amongst others. Ã‚Â He is now a consultant for sport related organizations, a lecturer and an advisor to the president of Confederation of African Football (CAF).Ã‚Â  Ato Fekrou is a lifelong learner who still teaches and learns from amongst others his grandchildren.Ã‚Â  His latest book “Ye Piassa LidjjÃ¢â‚¬Â was a best seller.Ã‚Â  At Fekrou is next only to the late, great Yidnekachew Tessema for his contribution to Ethiopian sport in the world stage. Ato Fekrou is a regular in ESFNA tournament. He does not miss ESFNA tournaments unless he is busy attending a World Cup representing CAF. 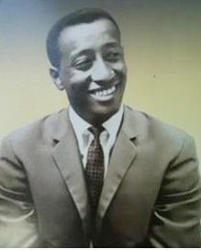 The late Tesfaye Lemma, was a composer, choreographer, conductor, and cultural expert. His artistic endeavors are known throughout Ethiopia and within the Ethiopian population of the United States, primarily within the older generations. Perhaps Ato TesfayeÃ¢â‚¬â„¢s most notable profession was his role as Director of Orchestra Ethiopia, an orchestra of up to 30 traditional instrumentalists, vocalists, and dancers from many different Ethiopian regions and ethnic groups. It was the first ensemble of its type, as these diverse instruments and ethnic groups previously had never played together. Ã‚Â Ato Tesfaye served as its third director from 1966-1975. In addition to directing, Ato Tesfaye composed and arranged music for the ensemble.Ã‚Â  Under Ato TesfayeÃ¢â‚¬â„¢s direction, and with the help of a Peace Corps volunteer, Charles Sutton, Jr., the group toured the United States, performing in twenty cities under the name Ã¢â‚¬Å“The Blue Nile Group.Ã¢â‚¬Â Orchestra Ethiopia also released two LP recordings, one in 1969 and the other in 1973. The ensemble disbanded in 1975 because of the Derg revolution in Ethiopia. In the 1980Ã¢â‚¬â„¢s, Ato Tesfaye Lemma came to the United States as a refugee. In the 1990s, he created the Ethiopian-American Cultural Center, the Nile Ethiopian Ensemble and the Tesfa Museum, all to relate Ethiopian art, music, and culture to Americans. In 1998, Ato Tesfaye Lemma entered a nursing home for serious medical care and was unable to continue these cultural efforts. Ã‚Â Ato Tesfaye Lemma passed away on February 1, 2013.

ESFNAÃ¢â‚¬â„¢s 30th year weeklong celebration will be held at Byrd Stadium, University of Maryland from JuneÃ‚Â 30th to July 6th 2013.Ã‚Â  We are extremely excited about all our partnerships, preparation and look forward to having a successful 30th year celebration where all our patrons and supporters can continue to enjoy ESFNA.Ã‚Â For sponsorship and vending matters, please contact our Business Department atÃ‚Â 408-373-0606Ã‚Â or 202-257-9791.

ESFNA prides itself in creating a unique stage where Ethiopians of all backgrounds, ethnicity, religions and political convictions can come together to celebrate our long enduring unique heritage and diversity that has become our strength through the millenniums.Ã‚Â  Our goal and vision over the past 30 years has been to maintain ESFNAÃ¢â‚¬â„¢s annual festivities as the Mecca where ALL Ethiopians and supporters can come together once a year to create our own mini Ethiopia in the land of our refuge.Ã‚Â Ã‚Â

Founded in 1984, ESFNA is a non-profit organization dedicated to promote the rich Ethiopian culture and heritage as well as building positive environments within Ethiopian-American communities in North America. Its mission is Bringing Ethiopians Together to network, support the business community, empower the young by providing scholarships and mentoring program, primarily using soccer tournaments, other sports activities and cultural events as vehicles.Ã‚Â  ESFNA, by virtue of its status is non-political, non-religious and non-ethnic. We adhered to this position all along as legally expected and aligned with our bylaws.