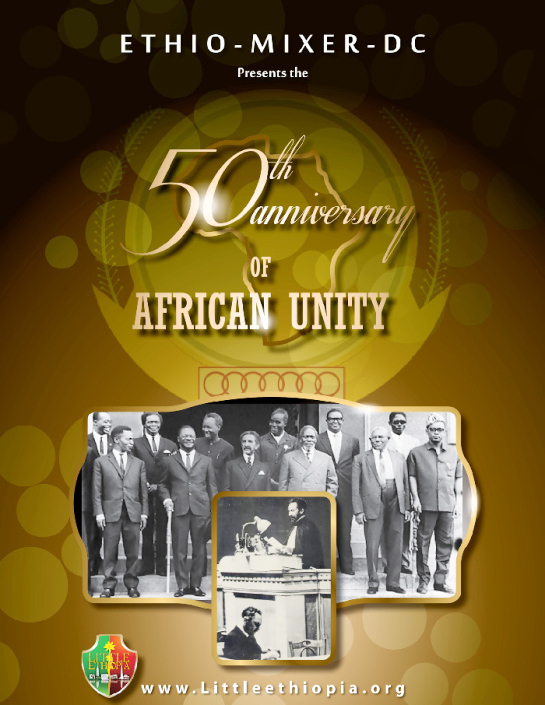 Washington D.C. – On Friday, May 24, 2013; the eve of the 50th Anniversary of the creation of the Organization of African Unity (OAU); now known as the African Union (AU), Little Ethiopia DC honors Emperor Haile Selassie IÃ‚Â and 31 African Heads of State and Governments who founded the OAU.Ã‚Â  It also honors the over one billion resilient people of Africa and its descendants who fought against apartheid, segregation and slavery.

The celebration will include Ethiopian/African Music and Dancing by the African-American Iskista Group, led by Thomas Young and Almaz Tilahun.Ã‚Â  In addition to light refreshments being served, the well known Ethiopian Coffee Ceremony will be performed.

A key note speech will be given by Mulugeta Ketema, son of the late Pan-Africanist Foreign Minister of Ethiopia, Ketema Yifru, who played an important role in the founding of the OAU on May 25, 1963; Dr. Kwame Wesley Alford, biographer of Professor William Leo Hansberry, will moderate the Panel of three speakers at the event.