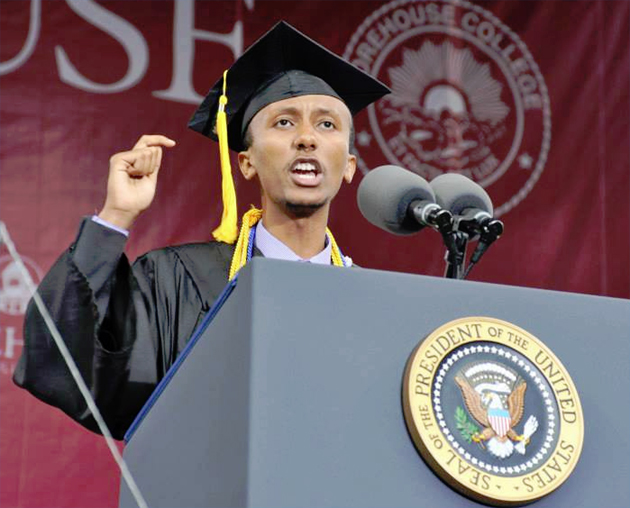 Betsegaw Tadele impressed the family and students in attendance at the 129th Morehouse commencement.

Meet Betsegaw Tadele.Ã‚Â  He is the 2013Ã‚Â Morehouse CollegeÃ‚Â Valedictorian, and has the added distinction of being one of only a few people to speak on the same stage as the President of the United States.

President Obama gave Morehouse’s 129th Commencement speech to thousands of family members, alumni, faculty and students on May 20th.Ã‚Â  Being the great orator that he is, the President gave a very well received speech speaking about responsibility and giving-back to others who are less fortunate.

Betsegaw, the school’s valedictorian, also gave a great speech that received a thunderous applause.Ã‚Â  Betsegaw was a Computer Science major, and is on his way to begin working with Microsoft.Ã‚Â  Betsegaw is originally from Ethiopia and graduated with a 3.99 GPA.

Please listen to Betsegaw talk about his passion for education and what he wants his true legacy to be.Ã‚Â  We have also attached President Obama’s full Commencement speech.