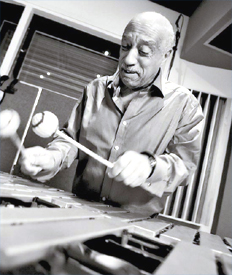 Ahead of his headlining set on the Quietus Village Mentality Stage at Field Day on May 25th, Mulatu Astatke talks Richie Troughton through his life and work.

Growing up in Ethiopia, the musical path was not one the young Mulatu Astatke was expected to go down. Instead, in the 1950s he went to high school at Lindisfarne College in north Wales to study aeronautical engineering. While there he had the chance to pick up musical instruments, and discovered he had a natural talent. He soon moved to pursue his interest in music at Trinity College of Music in London, where he studied clarinet, piano and percussion and recorded with Guyanan singer Frank Holder.

“I started taking music myself,” he says. “I went to Trinity College in London and studied classical music, and that is where I found myself. They found I had the talent. My musical experience started here.” He then moved to the United States to study music at Berklee, Boston, where he was the first African student. Here he learned about arranging and composing, worked with big bands and took up the vibraphone. “And of course there was jazz,” he adds. “At Berklee I had a very interesting teacher who said, ‘Be yourself’. So I went to Berklee and became myself, by creating the music, Ethio jazz.”

This new music, Ethio jazz, combined traditional Ethiopian pentatonic five tones with twelve from American jazz, using folk and Coptic church melodies with Latin and Afro rhythms to make jazz with an Ethiopian twist. Although the twelve tone diminished scales were introduced to jazz by the likes of Charlie Parker for improvising, Astatke points out that Derashe tribes in southern Ethiopia had been playing these scales years beforehand. Ã‚Â Read more