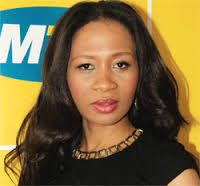 MTN Ethiopia signed a 6-million birr sponsorship agreement with the Ethiopian Football Federation (EFF) on Thursday aimed at supporting the national football team, the Walias, over a period of one year, with the option to renew.

The sponsorship forms part of MTNÃ¢â‚¬â„¢s commitment to the development and advancement of football in Ethiopia. As part of the agreement, MTN Ethiopia will be a second-tier sponsor, and the exclusive value-added services (VAS) provider of the EFF. Some of the benefits of backing the Federation include MTN EthiopiaÃ¢â‚¬â„¢s association with EFFÃ¢â‚¬â„¢s products, activities and services.

Ã¢â‚¬Å“As MTN, we are pleased to partner with the Ethiopian Football Federation in the development of soccer in Ethiopia, which is a much-loved sport in the country,Ã¢â‚¬Â Happy-Girl ButheleziÃ‚Â ,Country Manager of MTN Ethiopia, said.

Ã¢â‚¬Å“MTN is passionate about making a positive and meaningful contribution in the lives of our customers in all the communities we serve. Our partnership with the EFF is one of the many ways we intend to do this in Ethiopia,Ã¢â‚¬Â she adds.

Ã¢â‚¬Å“The EFF is proud to partner with MTN, one of the prominent sponsors and supporters of football in Africa. It is a memorable moment for Ethiopians, and we are glad that MTN stands with us to celebrate the journey,Ã¢â‚¬Â he said.

The partnership builds around the ongoing efforts towards strengthening diplomatic relations between Ethiopia and South Africa. The 3rd Ethiopia-South Africa Joint Ministerial Commission Meeting took place in March in Durban, South Africa, during which the countries signed bilateral agreements reinforcing cooperation in the political, economic and social sectors.