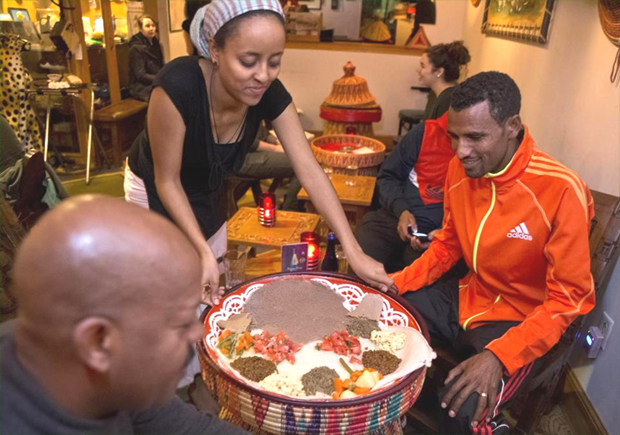 Boston, MA-Ã‚Â Ethiopian celebrities donÃ¢â‚¬â„¢t come much bigger than marathoner Gebre Gebremariam. This much is clear when he enters the Addis Red Sea restaurant.

With a personal best of 2 hours 4 minutes 53 seconds, Gebremariam, 28, is among the favorites for the menÃ¢â‚¬â„¢s title. He should challenge defending champion Wesley Korir from Kenya for the win. In his marathon debut, Gebremariam won the 2010 New York City Marathon, then finished third in the 2011 Boston Marathon six months later. He boasts a rÃƒÂ©sumÃƒÂ© filled with impressive 10,000-meter performances on the track (personal-best 26:52:33) and international cross-country wins, proving his speed, strength, and versatility. Read More