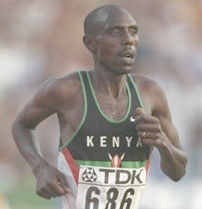 Stricter anti-doping penalties will be applied to elite athletes in the World Marathon Majors (WMM) with Kenya and Ethiopia as the main targets.

The six member marathons have already agreed that any athlete found guilty of a doping offence will not be invited back to their races. Tokyo, Boston, London, Berlin, Chicago and New York have collectively revised their elite athlete contracts to include new provisions that include the right to suspend payment and demand repayments of prize money, appearance fees and performance bonuses.

The sanctions will be triggered for any athlete “found in violation of a criminal offense involving drugs, anti-doping rules, or if for any other reason the athlete’s result has been nullified by a relevant governing body,” WMM said in a statement.

Women’s world record holder Paula Radcliffe applauded the move and hoped all major events would follow suit.”The cheats need to understand that they are not welcome in our sport and will be caught and made to pay,” she said. “This is a step forward in increasing the deterrent and showing athletes and managers that cheating won’t be tolerated.

Tokyo Marathon made its WMM debut on Sunday with Kenyan Dennis Kimetto emerging winner in 2:05:50 to smash Swiss Viktor Rothlin record by 33 seconds but still outside his target of 2:04. Immediate defending champion Michael Kipyego placed second eight seconds behind.

The Marathon majors series was founded in 2006 with the men’s and women’s winners each receiving US$500,000 (Sh43.8m) in prize money at the end of a two-year cycle.