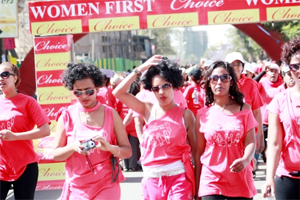 With a motto Ã¢â‚¬Å“Empower Women to Make a DifferenceÃ¢â‚¬Â, this yearÃ¢â‚¬â„¢s Women First run is due to involve 10,000 runners, according to the organizers.
Besides bringing new and young athletes to the athletics scene, the race has been a medium for women to address different issues including, among others, mainly on family planning as Great Ethiopian Run is working with DKT-Ethiopia since the inception of the event. Ã¢â‚¬Å“Many of the race winners have gone on to higher things,Ã¢â‚¬Â says Ermias Ayele Director of GER mentioning Aselefech Mergia, winner of the 2012 Standard Chartered Dubai Marathon who earned USD 250,000, and Tiki Gelana, who was the London Olympic Marathon gold medalist after five months of winning the 9th edition of Women First last year.

So far, the race has involved a total of 60,000 girls and women aged between 5 and 75 since the first edition of the event in May 2004.Ã‚Â  Ã¢â‚¬Å“This event gives us the opportunity – at least once a year – to show how far we have come since those days when women truly did just stay at home,Ã¢â‚¬Â the organizers said. 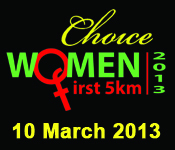 Mulu Solomon, President of the Ethiopian Chamber of Commerce and Sectoral Associations, who was one of the honorary guests together with Chachi Tadesse, a famous musician, Meseret Defar and Gete Wami, said that women and girls should know their greatness and defy obstacles to grow higher, rather than expecting from others.