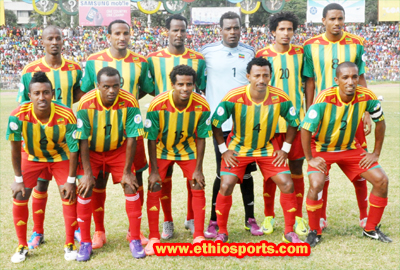 NELSPRUIT, South Africa (AP) Ã¢â‚¬â€ As Zambia opens its defense of the African Cup of Nations under the weight of new expectations, opponent Ethiopia has already achieved by simply qualifying for theÃ‚Â tournament.

The two teams face off in the first game of a Group C double-header at Mbombela Stadium on Monday, with Zambia hoping to show that last year’s shock success was the start of a new era ofÃ‚Â strength.

The Chipolopolo Ã¢â‚¬â€ or “Copper Bullets” Ã¢â‚¬â€ play a team who won the African showpiece as hosts back in 1962 but have not appeared in the tournament sinceÃ‚Â 1982.

“There is no pressure at all now,” Ethiopia coachÃ‚Â Sewnet BishawheÃ‚Â said. “I am very happy to be one of this group as a winner after 31 years … I don’t care what result is coming tomorrow (Monday). That will be a newÃ‚Â history.”

While Ethiopia plays down any hopes of success, Zambia’s players know what’s expected ofÃ‚Â them.

“I think as a footballer we have tasted the sweet, and now it’s time to try and taste it again,” Zambia captainÃ‚Â Christopher KatongaÃ‚Â said. “We know what the African Cup can do in ourÃ‚Â lives.”

Zambia’s clash with Nigeria on Friday could be the standout game of the group stage, as well as holding the key to who finishes top of Group C and avoids a trickyÃ‚Â quarterfinal.

But Chipolopolo coachÃ‚Â Herve RenardÃ‚Â expects a difficult game against Ethiopia Ã¢â‚¬â€ particularly as continuous rain in Nelspruit has made the Mbombela pitch extremelyÃ‚Â muddy.

“I’ve watched many videos of Ethiopia, especially the one against South Africa when they drew 1-1 in Rustenburg last year,” RenardÃ‚Â said.

“They are not scared to move the ball … they are a very good team of footballers and we have to be careful aboutÃ‚Â this.”