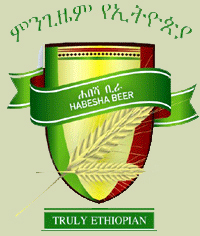 Addis Ababa, Ethiopia – Based on a turnkey contract agreement reached last Thursday by Habesha Breweries Share Company and a Chinese contactor, Lehui (Group), the construction of the 500 thousand hectoliter beer-producing factory is expected to be finalized in the coming fifteen months. Bavaria N.V. – the 300-year-old Dutch brewer who is a major shareholder with 39 percent shares at Habesha – was the major negotiating body with the contractor, reaffirming that in the coming fifteen months the first bottle of Bavarian and Ethiopian mixed taste will hit both the local and the international market. Bavaria N.V joined Habesha in July of 2012.

According to officials of the share company, the upcoming factory will be erected in Debre Berhan town, some 120km north of Addis Ababa. The total cost of construction is estimated at more than 700 million birr. Zewdu Negate, general manager of the factory for Habesha S.C, said that out of the 700 million birr, some 30 million cash is expected to be provided to Lehui in dollars. He noted that the financing would involve loans from undisclosed sources. He did not want to give names of the loan providers. However, the speculated sources are some Chinese financial companies. Some initial payments have already been made to Lehui (Group).

Zewdu said that the official turnkey project period started on December 17, last month. Some minor changes in the design of the project were also involved to meet the requirements of European standards. Yonas Alemu, business development manager, said that counting down with the time frame, the first bottle of beer will appear in the market after April 2014, and is expected to reach both local and international markets. Stijn Swinkels, board member of Habesha, representing Bavaria N.V., expressed their expectations that one of the targeted markets is the US.