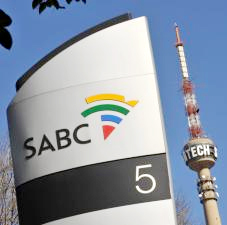 TheÃ‚Â AfconÃ‚Â Local Organising Committee (LOC) has been locked in negotiations with the broadcaster since early December, with the pair announcing that an agreement had been reached in Johannesburg on Thursday.

The deal sees the SABC become the official broadcaster of the tournament, and the SABC will provide live coverage of all of the footballing events throughout the 23 day tournament.

Chief Executive of the LOC Mvuso Mbebe announced the lucrative deal, saying that the price is fair and reasonable, and noted that the parties are all satisfied with the agreement.Ã‚Â  He added: Ã‚Â Ã¢â‚¬Å“This is a CAF [Confederation of African Football] tournament, it must be remembered.Ã¢â‚¬Â

Mbebe also explained the lengthy nature of the negotiations, commenting: Ã¢â‚¬Å“All agreements were made in conjunction with AfricaÃ¢â‚¬â„¢s controlling [soccer] body and this was the reason there were delays at times, as all the parties involved had to be consulted.Ã¢â‚¬Â

Acting chief operations officer for SABC Hlaudi Motosoeneng also spoke on behalf of the broadcaster, revealing the companyÃ¢â‚¬â„¢s readiness and confidence with respect to the project, saying: Ã¢â‚¬Å“We have proven ourselves time and again as capable to provide a top-class service for an international event of this stature.Ã¢â‚¬Â

The SABC was also the official broadcaster of the 2010 World Cup held in South Africa, and was widely praised for its capable coverage of the event.

The Afcon tournament begins with a match in Johannesburg on 19 January which will see the home team Bafana Bafana take on Cape Verde.