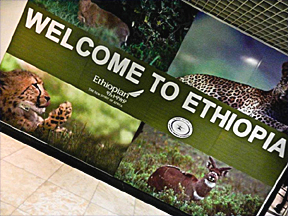 Ethiopia is the oldest independent country in Africa and one of the oldest in the world. Ethiopia is unique in many ways, it has its own alphabet, its own calendar, and a landscape that is unparalleled. Honestly, one would be tired of listing what Ethiopia does have, especially in tourism and culture aspect. Of the numerous ones, the following are sample:

Lake Tana – the largest lake in Ethiopia. The 37 islands that are scattered about the surface of the Lake shelter fascinating churches and monasteries, some of which have histories dating back to the 13th Century. The Blue Nile river flows out of the lake.

There are over 240 listed mammal species of which at least 42 are endemic, the most notable being: