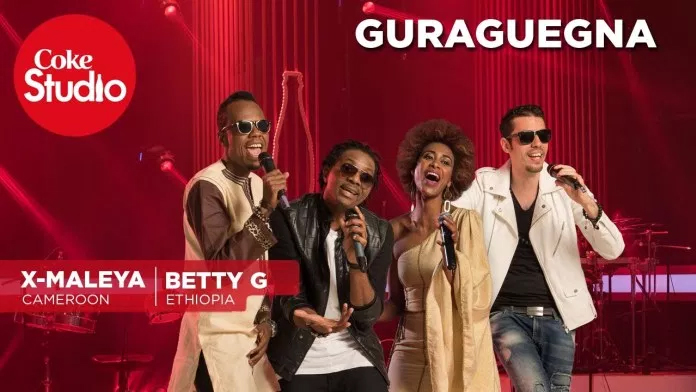 Tigist Getu, Brand manager of Coca-Cola in Ethiopia says, “We had a great experience last year. And from that experience, we are very glad to bring a bigger and better Coke Studio Africa for the continent and for Ethiopia in particular. We have a group of top artists with diverse flavors this year incorporating the cultural and modern music experiences in Ethiopia. This will give more exposure to Ethiopian music and promote our culture globally”.

For months, the artists have been working alongside a highly talented house band while performing songs that will showcase the remix and cover of some of Africa’s hit songs.  These artists are expected to showcase Ethiopian music & culture as well as share the values and traditions of their country with artists they will be collaborating with from the rest of Africa. Epic moments to look forward to in the upcoming season include Betty G’s collaboration with the multi-platinum International pop artist Jason Derulo on the global fusion edition of Coke Studio, Jano band collaboration with South African Shekinah, Asgegnew Asheko working with Ugandan star Sheebah and the premier of the season; the Ethiopian New Year special episode.

“What makes this year special is that we have an Ethiopian New Year show and on that episode, the Ethiopian Coke Studio artists come together to perform a special New Year song, arranged by top Ethiopian music producer Abegazu Kibrework Shiwota.  We have also involved Alemayehu Deneke on the lyrics and melody writing. This by itself promotes Ethiopia, our special calendar, as well as our traditional clothes and dancing on a platform that Africa comes together to grasp each other’s values and connect as one” Tigist added.

Coke Studio Africa 2017 will be broadcasted weekly on EBS television. It promises to be a melting pot of music talents bringing together renowned music producers and top-notch artists drawn from various parts of the continent.

Like the previous editions, Coke Studio aims to inspire and introduce Africa’s music talents to a new and wider audience through interaction, collaboration, and cooperation amongst musical artists while also building a strong brand connection with Africa’s young and growing population.  Africa is full of great musical talent in communities, cities, and countries, and Coke Studio Africa can give these artists wider exposure while enabling greater interaction, collaboration, and cooperation to create inspirational new sounds.

Coke Studio Africa is a non-competitive music collaboration show, which seeks to bring people together and celebrate the diversity of African music and talent. It also gives upcoming artists the opportunity to work with some of the best local and international music and production talent. It brings together artists from different genres, eras and regions to create a modern and authentic African sound through musical fusion. The show starts on September 10, Ethiopian New Year’s eve on Ebs television.

To keep up with all Coke Studio Africa related information, including artists, collaborations, lyrics and television airing times, follow the hashtag #cokestudioafrica or find us online at the following pages: