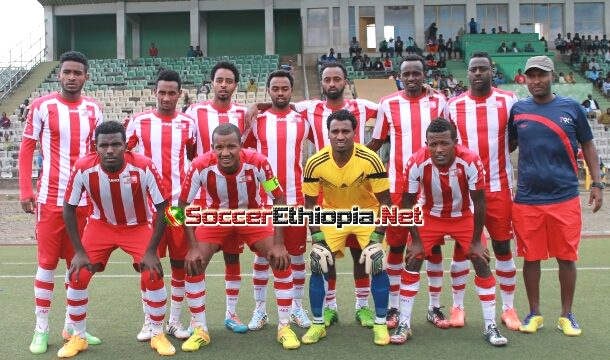 One of the oldest clubs in North Ethiopia, Fasil Kenema FC (Fasil City), have secured promotion to the Ethiopian Premier League after beating the Addis Ababa outfit, Ethiopia Insurance, 1-0 in Gondar in round 26 of the Ethiopia Higher League.

Fasil City was unbeaten since the league started and regained promotion after eight years. Fasil only needed a win to secure a spot in the topflight league season as avid fans packed the Atse Fasiledes Stadium hours before kickoff.

The match officials extended the kickoff time due to heavy rains pouring in the stadium. Yisak Mekuria struck the only goal for “the Emperors” as they topped the league with 57 points.