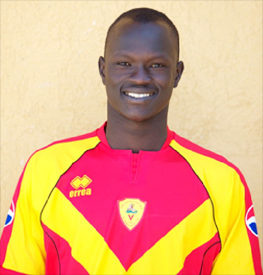 The deal, estimated at $500,000, makes Umed one of the highest paid players originating from Ethiopia. He has been in red-hot form for St. George as he helped catapult them to the top of the league, patched safely ahead of the nearest competitors.

Efforts by the St. George management to try and convince the star player to extend his contract were thwarted by the hawk-eyed Al Ittihad who had been trailing the player who had also caught the attention of giants Zamalek in 2013, but a move was thwarted after St. George declined to release him.

Umed intimated that he would miss St.George but further added it was the dream of every player to move to a bigger club.

“I will miss St. George who gave me a great avenue to showcase my talent and as a player I had my dreams to one day play away from home and this was made possible by Al Ittihad.”

Another Ethiopian Salhadin Said also recently signed for giants Al Ahly joining from Wadi Degla. Al Ittihad is one of the biggest football teams in Egypt and was founded in 1914 in Alexandria.