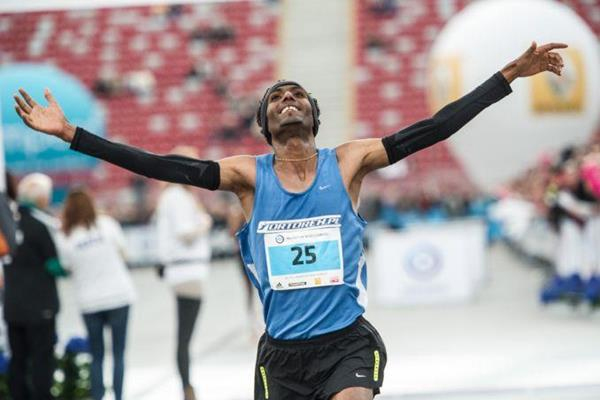 There were home wins at the 2014 Lodz Marathon Dbam o Zdrowie, anIAAF Bronze Label Road Race,Â as Polish-EthiopianÂ Yared Shegumo and Karolina Jarzynska were victorious in 2:10:41 and 2:28:12 respectively in the 10th edition of the Polish race today.

Shegumo, fourth in last yearâ€™s race, made it two back-to-back marathon wins on home soil after also taking the plaudits in Warsaw last September but he was just a few seconds shy of his personal best of 2:10:34 which he set in the Polish capital just over six months ago.

Kenyaâ€™s Hassan Mogaya came in and Gelgelo Tona of Ethiopia finished in second and third respectively.