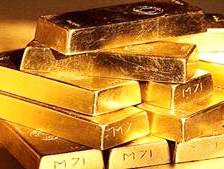 Addis Ababa, Ethiopia – An Egyptian company, Ascom Precious Metals Mining, has discovered what is said to be the largest gold ore reserve ever discovery in the history of gold exploration in Ethiopia.

The discovery is made in the Benishangul Gumuz Regional State, in south- west Ethiopia. Ascom has been prospecting for gold and base metals in the Benishangul region since 2010. Two weeks ago Ascom made a presentation to senior officials of the Ministry of Mines about the new discovery.

Tolossa Shagi Moti, Minister of Mines, told The Reporter that the ministry was happy with the discovery. â€œThis is the largest gold discovery ever made in the country,â€ Tolossa said.

â€œWe have been talking about 30 or 40 tons of gold discoveries so far. What Ascom discovered is much more than that,â€ Tolossa said. Ascom is expected to announce the discovery in the coming few weeks.

Gold has become Ethiopiaâ€™s major foreign currency earner next to coffee. The country earns more than 600 million dollars from mineral exports and gold contributes 90 percent of the earning. To date, MIDROC Gold is the only company engaged in large-scale mining. MIDROC annually exports four tons of gold, mainly to Switzerland. MIDROC Gold has discovered a new gold reserve in the Sakaro locality.