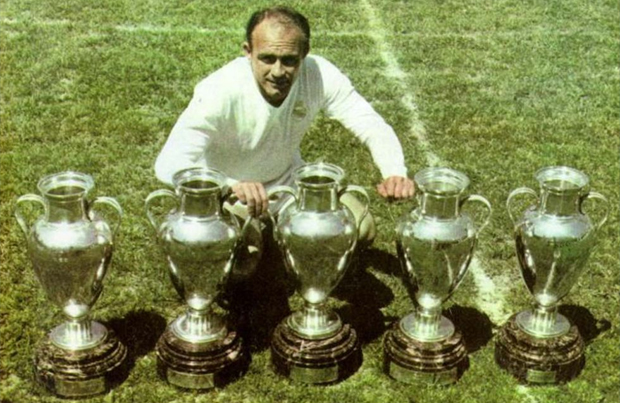 Real Madrid legend Alfredo Di Stefano,Â regarded as one of the greatest players of all time,Â has died.

The 88-year-oldÂ suffered a heart attack on SaturdayÂ and had been in an induced coma in Madrid’s Gregorio Maranon hospital.

A forward, he won five straight European Cups, scoring in each final between 1956 and 1960.

Sir Bobby Charlton, who played against him for Manchester United, paid tribute.

“I think Alfredo Di Stefano was one of the best players I ever came across and an extremely intelligent footballer,” said the former England international.

“He was somebody I really respected, having watched him from the stands at the Bernabeu and then played against him. I have many fond memories of my time with Alfredo and feel privileged to be able to call him a good friend.

“The footballing world has lost a great player and a great man.”