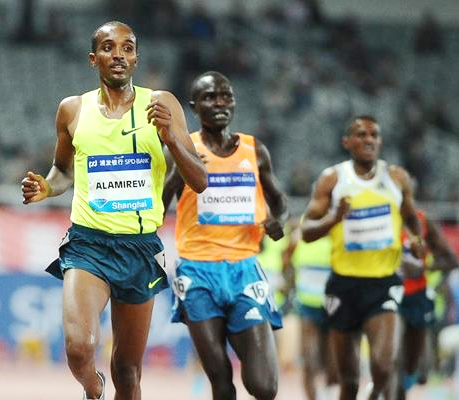 The fastest young talents in a decade are ready to challenge a 28-year-old defending champion and 39-year-old IAAF World Championships gold medallist at the Prefontaine Classic,Â an IAAF Diamond LeagueÂ meeting, over 5000m on 31 May.

The landmark 40thÂ Pre Classic at historic Hayward Field, which later in the summer will stage the IAAF World Junior Championships, and the 5000m – the event in which meeting namesake Steve Prefontaine was famous for running at a feverish pace from the start â€“ will have one of the best ever fields assembled in a US race over the distance.

Perhaps the most consistent challenger will be agelessÂ Bernard Lagat, who has won five times at the Pre Classic, but never over 5000m.

Into the bargain, Lagat earned silver in the 2014 IAAF World Indoor Championships 3000m, taking his tally to 13 major championship medals from 1500m to 5000m in a top class career that spans 15 years.