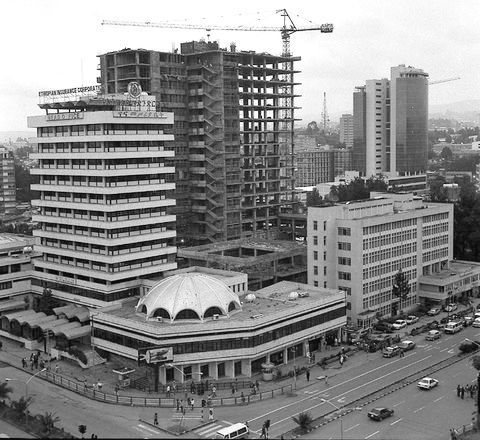 Change is the one constant inÂ Michael Tsegayeâ€™sÂ photographs.

Over the last 16 years, he has been making pictures of rural and urban Ethiopia as his homeland transforms itself. He captures sweeping panoramas, of markets springing up along newly built roads, or small details, like the cracked images on gravestones being moved to make way for development, or the rapidly disappearing communities in Addis Ababa that have been gentrified with new high-rises.

The latter forms the core of â€œFuture Memories,â€ a series he started eight years ago, when architect friends gave him a heads-up on old neighborhoods about to be steamrollered.

â€œI know the city is going to be different in 10 years,â€ Mr. Tsegaye said in a Skype interview. â€œItâ€™s going to be a memory for me, these pictures. You know the saying, â€˜You donâ€™t know what you have until itâ€™s goneâ€™? That was in my mind when I took these pictures. I tried to work with that.â€