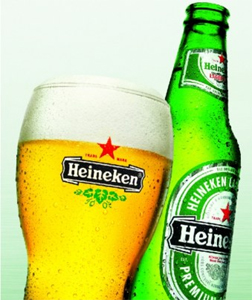 Addis Ababa, Ethiopia – Nearing the completion of a new Greenfield factory in the capital, the Dutch giant brewer is awaiting the Commercial Bank of Ethiopia (CBE)Â to approve a 700 million birr loan request the company submitted, The Reporter has learnt.Â

Sources told The Reporter that Heineken had been looking to get hold of some three to five billion birr since joining the local market in 2011. However, CBE hesitated to approve such a huge loan, the biggest ever requested by a single foreign company in the history of the beverage industry. After waiting three years, Heineken was forced to cut the loan size down to 700 million for final negotiations with CBE.

The 120-million euro consuming factory is set to brew 1.5 million hectoliters a year. The construction of Greenfield seized some 25 hectares of land on the outskirts of Addis Ababa, a place called Kilinto, near the new correctional facility of the capital. Â Following the commencement of the new factory, the construction was planned to take 18 months starting in August 2013.

Owning some 19 percent share of the market, Heineken first joined the Ethiopian beer industry in 2011 acquiring both the Harar and Bedele beer factories from the government for USD 163 million. Efforts made by The Reporter to collect comments of Heineken officials bore no fruit since phone calls and e-mail requests were turned down.